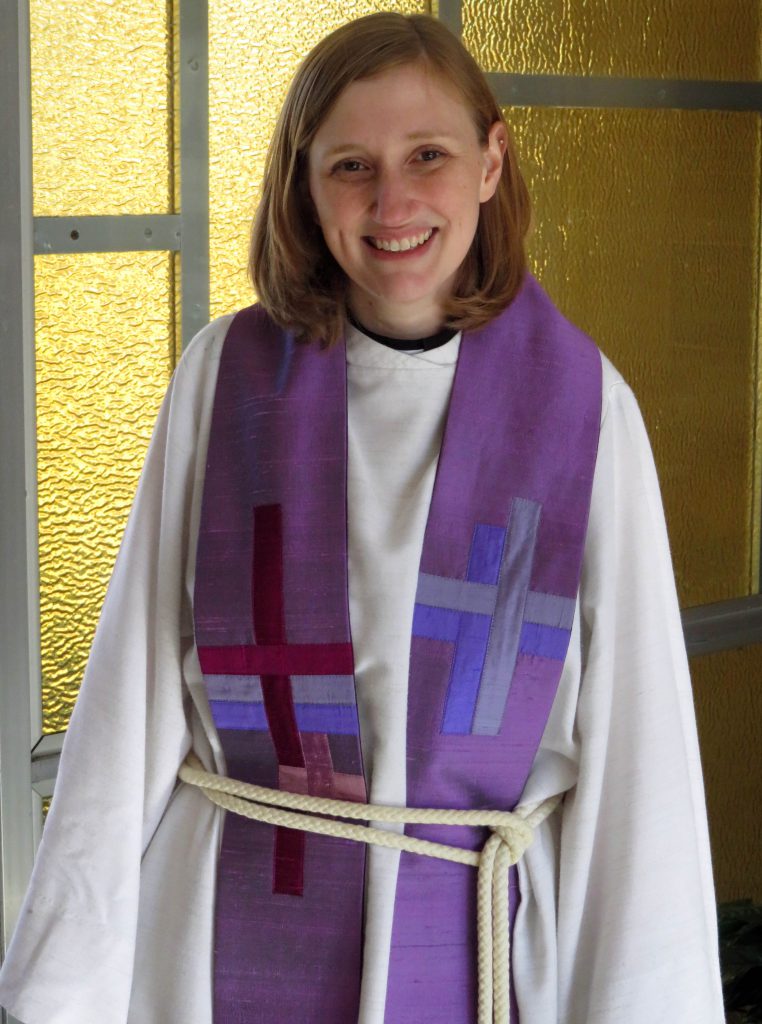 Pastor Sarah Schaaf was born and raised in the hills of West Virginia where she was immersed in storytelling, service, and the art of hospitality.  She attended Capital University where she met her husband, Jarrod (who is also a pastor.)  She earned her bachelor degrees in both Early Childhood Education and Religion.  Soon after graduating, Jarrod and Sarah drove cross country to attend Pacific Lutheran Theological Seminary in Berkeley, California.  From there a whirlwind of experiences led her to South Africa, Maryland, Minnesota, and Columbia, (South America).  In 2009 she was ordained and installed at St. Paul’s Lutheran Church in Waldo, Ohio, where she has been ever since.  She has two energetic children named Isaac and Zoe.  Pastor Sarah will be leaving St. Paul’s soon to assume a new position as Director of Community Engagement for the Northwestern Ohio Synod, ELCA.  Her last Sunday with us will be on February 7th, 2020.